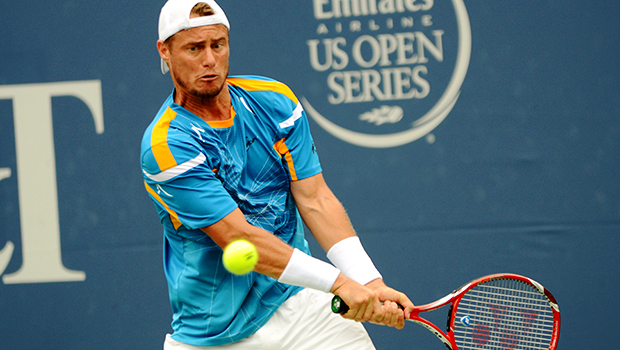 Lleyton Hewitt continued his recent return to form by making the semi finals of the BB&T Atlanta Open semi finals.

The Australian was ranked 115 in the world back in February, but since then has worked his way back into the top 65 and is threatening to win his first ATP Tour title since 2010.

Hewitt was runner-up in Newport last week, beaten in three sets by Nicolas Mahut, and is now through to the last-four in the hard-court event in Georgia.

The 32-year-old defeated  Croatian third seed Ivan Dodig in his quarter final, despite losing the first set – eventually going the through 1-6 6-3 6-0.

With that victory the Australian improved to a 19-12 match record in 2013 and now comes up against an opponent he knows well.

Hewitt will face American John Isner in the Atlanta Open semi finals, with the pair already having met twice this year.

It is the veteran Aussie that has the edge, winning both matches in three sets – ironically having lost the first set in both matches, in Newport and Indian Wells.

Should Hewitt, who holds an overall 4-1 record over Isner, reach the final, it would be the first time since 2010 that he has won 20 matches in a season.

In the other half of the draw, US number 13 Ryan Harrison will face the big-serving South African Kevin Anderson.