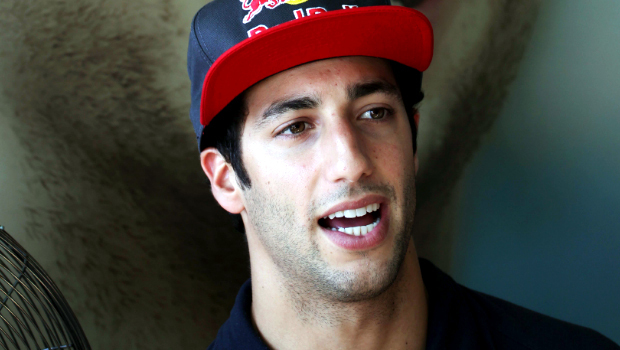 Daniel Ricciardo says he is desperate for a strong performance at Hungarian Grand Prix as he believes it could earn him Mark Webber’s seat at Red Bull.

The Milton Keynes outfit are currently looking for a new driver for 2014 after Webber recently revealed he would not be renewing his contract at the end of the current campaign in order to pursue other interests.

This has led to speculation over who team principal Christian Horner will select to replace him with Lotus’ Kimi Raikkonen, who is out of contract at the end of the year the current favourite, although Ricciardo has also been tipped for the role.

The Australian is currently driving for Red Bull’s sister outfit Toro Rosso but filled in for Webber as the team took part in last week’s testing session at Silverstone.

The announcement over who will partner Sebastian Vettel in 2014 is likely to be made in the upcoming summer break, meaning this weekend’s Hungarian Grand Prix is likely to give Ricciardo his last chance to stake his claim for the spot.

The 24-year-old has enjoyed some good results this year, taking three top-10s including seventh in China, and he believes another good performance at the Hungaroring could secure him a dream move.

“I still need to have a good weekend. Of course, though, the fewer candidates the better for me,” he said. “(I need to) make it happen this weekend.

“I knew from the beginning of the year that an opportunity could arise, so I always kept this in the back of my mind and tried to learn as quickly as possible.”