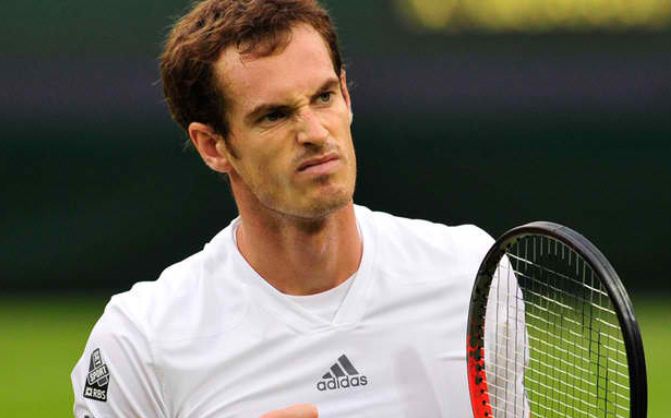 Former British number one Tim Henman believes Andy Murray is mentally strong enough to keep his focus and play his way through to Wimbledon final.

It appears as if lady luck is smiling on the Scot this year at SW19, with defending champion Roger Federer, Rafael Nadal, Jo-Wilfried Tsonga and Marin Cilic all having been eliminated in the first week of the championship.

His next outing will see him face 20th seed Mikhail Youzhny in the fourth round on Monday, with the Russian now the highest ranked player he could face on his way to a potential final.

On paper it looks almost inevitable that he will meet Novak Djokovic in next Sunday’s showdown but Henman knows more than most just how quickly your fortunes can turn at Wimbledon, having famously been on the verge of the showpiece in 2001, only to lose to eventual winner Goran Ivanisevic following a frustrating rain delay.

The former British number one admits it’s easy to get ahead of yourself when looking on course for the final but believes Murray is mature enough to deal with the pressure being put on him to make it through to next Sunday’s clash.

“For the players, it’s very easy not to look ahead,” said the four-time Wimbledon semi-finalist. “Andy’s aware that (Roger) Federer’s lost, (Rafa) Nadal lost, (Marin) Cilic lost, (Jo-Wilfried) Tsonga’s lost, but the only way he can take advantage of that is if he really focuses on his next match.

“That’s where he has the maturity and the experience and I think that works in his favour. The fact this is Andy’s eighth Wimbledon helps him.”