Posted by OLADIPUPO MOJEED on September 24, 2020 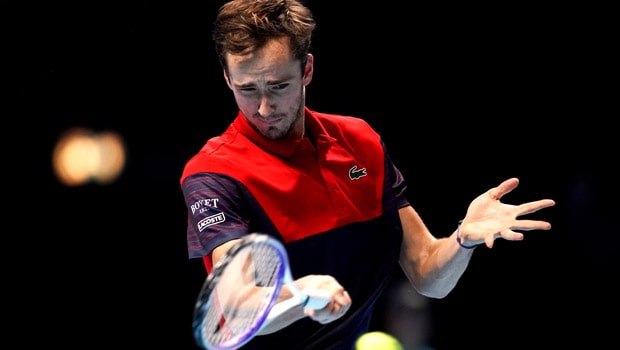 Daniil Medvedev, Gael Monfils, and Dan Evans have failed to progress to the next round of the Hamburg Open.

Evans, who is British number one, has now lost his first-round matches in Rome and Hamburg ahead of the French Open. This is not a good one from the Briton, who will also be playing on the clay-court in France.

The British number one lost to Greek second seed Stefanos Tsitsipas in the first round of the tournament.

Evans, who is number 34 in the latest ATP ranking, lost 6-3 6-1 against the world number six inside 59 minutes. Next on the schedule of Evans is another clay event – French Open which commences on Sunday.

Meanwhile, Liam Broady could end up being part of the main draw for the clay event. But he will need to win his last qualifying. Broady, a British number six won the second qualifying match 7-6 (7-5) 7-6 (10-8) against Dutch player, Botic van de Zandschulp at Roland Garros on Wednesday. The Briton survived a set point in the opener. He then survived a further four in the second set.

He, therefore, needs to beat Australia’s world number 122 Marc Polmans to make his debut in the main draw.

In other related development, two of the top three seeds failed to progress beyond the first round.

Monfils, who was seeded third for the tournament, lost in the first round 6-4, 6-3 to 103rd-ranked Yannick Hanfmann under 1 hour, 13 minutes.

Fabio Fognini also defeated Philipp Kohlschreiber 4-6, 6-1, 7-5 to set up a meeting against either Casper Ruud or Benoit Paire in the second round.

Another shocking result of the tournament was the defeat suffered by top-seeded Daniil Medvedev to Frenchman Ugo Humbert 6-4, 6-3.