Usyk vs. Chisora Confirmed For Oct. 31 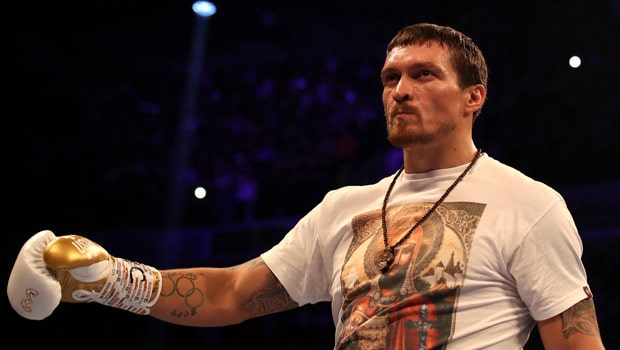 The boxing world has something great to look forward to as the clash between Oleksandr Usyk and Dereck Chisora has been slated to hold on October 31. The two heavyweights were initially billed to face each other back in May and a date was even decided, but the event just had to be rescheduled due to the pandemic. Now, a new date has been confirmed with an unconfirmed venue.

Usyk is currently a mandatory fighter to challenge for Anthony Joshua’s WBO title. But that fight would have to come after Usyk has faced Chisora. But the outcome of the fight does not affect Usyk’s status as a mandatory challenger.

Usyk fights in both the Heavyweight and Cruiserweight division and is the only Cruiserweight boxer in history to hold the WBA, WBC, WBO, and the IBF titles which he held at once between 2018 and 2019. Usyk’s activities in the Heavyweight division started last year after he defeated Chazz Witherspoon in the 7th round. He has a fighting record of 17 wins out of 17 fights, 13 of which he won by KO.

Chisora’s last fight was in October 2019 where he defeated David Price by fourth-round stoppage. He has fought a total of 41 fights, since turning pro back in 2017, winning 32 of them, 23 by KO, and 9 losses. He lost his 2012 attempt at the WBC title when he faced champion Vitali Klitschko. He stunned the world last year when he knocked out Artur Szpilka in the 10th round.

Usyk, speaking on the development, commented on how much he has missed boxing, how hard he was training, and how much he revered Derek. He said; “I have really missed boxing. I am working hard in my training camp to show a spectacular performance on October 31. I expect a real test in Derek – he is strong, tough, and resilient. He is a really big guy and he hits hard. Many people say that Derek is a monster, but deep down he is a kind man. I don’t expect to see that good side of him. I know that he wants to break me, but I am water, wind, and fire altogether. Derek Chisora, I am coming for you!”

Chisora also had some words for the Ukrainian fighter; “Helllllo, Usyk, I’m ready for you, helllllo Usyk! Usyk, I’ve been ready for you all year. It’s my home turf and after such a tough year for everyone, I’m going to give the British public the Halloween party they deserve and finally get revenge for my boy Tony Bellew!”

The fight would take place somewhere in the UK in the absence of fans.