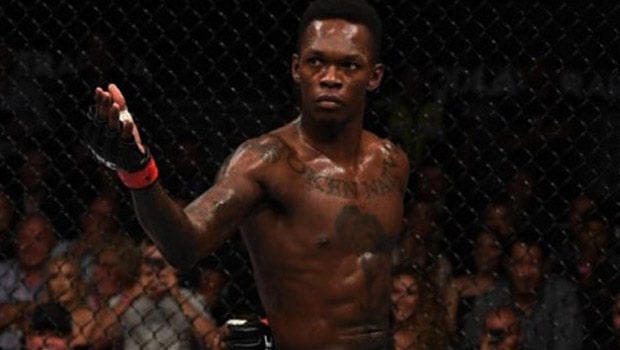 The UFC will give us a very entertaining title fight between Israel Adesanya and Paulo Costa next Saturday. Adesanya defends his UFC middleweight championship against Costa, who is also unbeaten.

Born in Lagos, Nigeria and based in New Zealand, Israel Adesanya is a former kickboxer who has been compared to legends of the sport like Anderson Silva and Jon Jones. His professional career began in 2012 and he went 11-0 with 11 TKOs before signing with the UFC in December 2017.

Adesanya knocked out Rob Wilkinson in the second round in his debut at UFC 221. He is 8-0 in the promotion, with wins against Derek Brunson, Anderson Silva, Kelvin Gastelum, Robert Whittaker and Yoel Romero.

As for his plan against Costa, Adesanya told the South China Morning Post: “Punch him in the face – as many times as possible. And kick him as well – until he falls down.”

Israel Adesanya battled Whittaker in a title unification bout on October 5, 2019 at UFC 243 and he won via knockout in the second round to become the undisputed UFC middleweight champion. He is coming off a unanimous decision win against Yoel Romero at UFC 248 on March 7.

Paulo Costa made his MMA debut in February 2012 and went 8-0 with seven knockouts and one submission over the next five years. Known as Borrachinha and also nicknamed The Eraser, he debuted in the UFC on March 11, 2017, with a first-round knockout against Gareth McLellan in the first round at UFC Fight Night 106, earning a Performance of the Night award in the process.

Costa then beat Oluwale Bamgbose, Johny Hendricks, Uriah Hall and Yoel Romero in his next four fights. He is coming off a unanimous decision win against Romero at UFC 241 on August 17, 2019 when he also won a Fight of the Night award. Costa has purpose, as he recently explained: “I don’t want to just become the winner above him. I’d like to, I want to hurt him badly.”