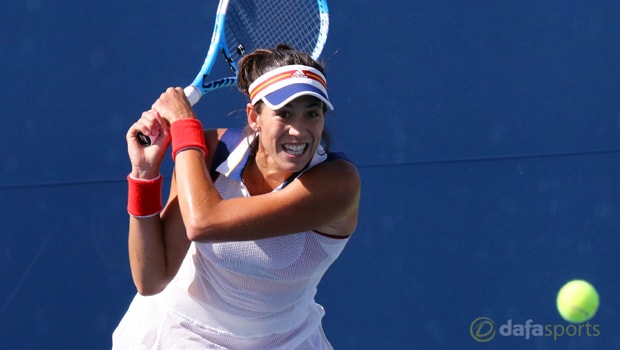 Garbine Muguruza was happy with her performances in the Madrid Open despite suffering a third-round defeat to Daria Kasatkina on Wednesday.

The Spanish star had previously never been beyond the second round in the tournament and Muguruza says she will take confidence from her displays in Madrid into the remainder of the clay-court season.

Kasatkina claimed a 6-2 4-6 6-3 win but Muguruza was happy with how she played regardless and is now looking ahead to the French Open.

“I am disappointed but in comparison with other years that I felt in Madrid, this year I’m very happy because I feel like I really gave everything I had over there. I felt good. It’s just that Kasatkina played better today,” she said.

“For sure, it’s going to help me, those three matches I played, to go to Rome excited, feeling that I’m playing a great level. And, yeah, French Open.

“I’m leaving with a bittersweet but more sweet taste this year. I felt a complete difference concerning the people. I think that I leave Madrid with a great feeling, three great matches, even though I lost today.

I think the people have enjoyed today’s match. Unfortunately it didn’t fall my way this time.”

Muguruza may have a poor record in Madrid but she will be confident heading to the Italian Open for her next tournament as she has managed consecutive semi-final appearances in Rome.

The former world number one won the French Open in 2016 and is 9.00 to claim the title this year, with Simona Halep rated as the 5.50 favourite.