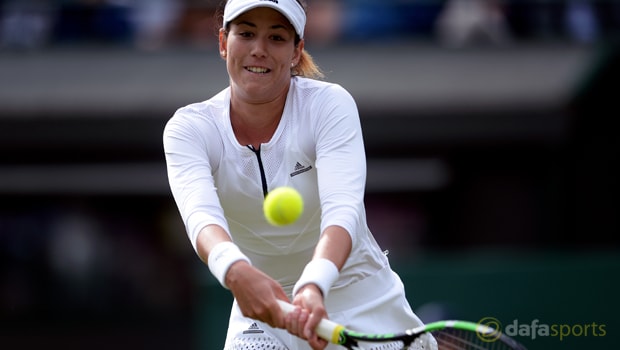 Garbine Muguruza is a major doubt for the 2017 French Open after she was forced to withdraw from her Italian Open semi-final against Elina Svitolina on Saturday because of a neck injury.

Muguruza, who was aiming to reach the final in Rome for the first time in her career, was 4-1 down in the first set when she made the shock decision to retire from the match after a medical timeout.

Initially, it was believed the Spaniard was struggling with a right thigh issue due to the heavy strapping on that part of her leg but the WTA have since revealed a neck problem was her reason for pulling out.

The 23-year-old suffered the injury when returning serves before the contest, she made a movement and her neck froze, making it very painful when playing shots.

Muguruza is now a major doubt to defend her French Open crown with the second Grand Slam of the season getting underway on May 28 at Roland Garros.

The world number seven is currently priced at 10.00 to win the title for a second time and Svitolina, who is a 15.00 chance to triumph in the clay-court event, is hoping the Spaniard can get back to full fitness.

“I want to say a fast recovery to Garbine, she has such a big tournament ahead in Roland Garros,” she said.

“It’s going to be very tough for her and hopefully she will recover very quickly. I am still a little bit shocked.”

World number one Angelique Kerber, who suffered a shock first-round exit last year, is priced at 15.00 while Simona Halep has been installed as the 4.33 favourite.