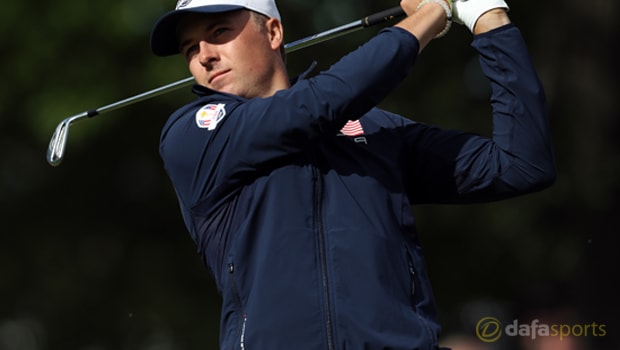 Jordan Spieth is still feeling confident about his game as the US Open draws closer despite missing the cut at the AT&T Byron Nelson in his home town of Texas.

Spieth made a decent start to the PGA Tour event, posting a steady two-under-par 68, but a disastrous 16th hole on day two ended his chances of making the weekend’s play.

The former world number one smashed two drives out-of-bounds before eventually making a quadruple-bogey nine and he failed to make the cut by just one stroke, having ended the tournament three-over-par.

It was the second successive missed cut for the 23-year-old after his disappointment at The Players Championship and there are real worries about his form ahead of the US Open next month.

The second major of the campaign gets underway on June 15 at Wisconsin but, despite being on a poor run form, Spieth is still remaining positive about the state of his game.

He was quoted as saying by the Telegraph: “I’m not far off. I really don’t think so. Doesn’t look like that on paper but feels very close.”

Spieth had been in decent form at the start of the year, having recorded top-five finishes at the SBS Tournament of Champions and the Sony Open in Hawaii.

The American, who has slipped to world number five, also won the AT&T Pebble Beach Pro-Am but the performances have been on a downward spiral in recent weeks.

Dustin Johnson, who missed the Masters this year after falling down some stairs on the eve of the first round in Georgia, will be looking to defend his title in Wisconsin and he is in decent form at the moment, having won three of his last five events.