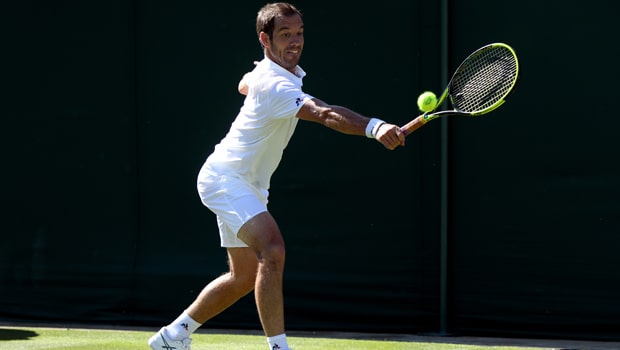 World number 26 Richard Gasquet has been forced to withdraw from France’s Davis Cup team ahead of their final with Croatia later this month.

The 32-year-old was set to link up with his countrymen for a pre-final training camp on Monday but he has been forced to pull out with an unspecified injury.

“I’m extremely disappointed to announce my absence from the final. I’m fully behind my team to go for a fresh victory,”

Gasquet posted on Twitter. The top-ranked French player boasts plenty of experience in the Davis Cup, having featured on 30 occasions, and he will be seriously missed.

He played a key role in helping his country win their second Davis Cup title last season as they saw off Belgium 3-2 in the final on home soil.

France’s squad is already depleted and Gasquet’s withdrawal undoubtedly weakens their options ahead of the final in Lille on November 23-25.

The Bezier-born star was expected to play a big part in the doubles but captain Yannick Noah will need to reassess his options.

The 58-year-old also has plenty of options to pick from as he looks to replace Gasquet with Gilles Simon, Benoit Paire, Adrian Mannarino or Gael Monfils all in contention.

France can be backed at 1.95 to defend their Davis Cup crown, while Croatia are priced at 1.80 to win the competition for a second time.