Posted by Vincent Henderson on November 13, 2018 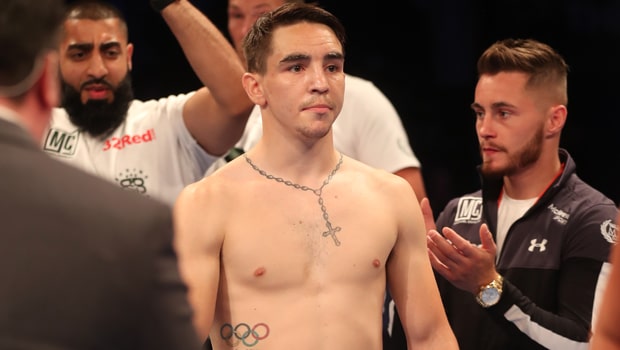 Michael Conlan is hoping to eventually step into the ring with IBF featherweight champion Josh Warrington and admits he will be keeping a close eye on the Yorkshireman in December.

Warrington won the title courtesy of a split decision against Lee Selby at Elland Road in May and he will make his first defence on December 22.

The 27-year-old takes on Carl Frampton at the Manchester Arena and Conlan will be able to keep a close eye on the champion.

Conlan fights on the undercard, although his opponent is yet to be confirmed, as he looks to extend his unbeaten record.

The Belfast-born fighter has won each of his nine outings since turning professional in March 2017 and has been tipped to win a world title in the next 18 months.

He believes Warrington’s style would make for a perfect fight and admits he would love to face the Yorkshireman, even if he loses to Frampton.

Conlan said: “A fight against Josh is something I can see happening and it is going to be some fight between him and Carl.

“Another reason that I’m intrigued in the fight is that it’s a scouting mission for me.

“Win or lose, I would love to face Warrington in the future. Carl and myself are friends so that won’t happen, but I am definitely keeping an eye on Josh.

“If Josh loses he is still going to come again because he is young enough, hungry, determined, fit and would have the ability to become world champion again if he loses.”

Warrington is priced at 3.10 to successfully defend his title next month, while challenger Frampton can be backed at 1.40, and the draw is available at 19.00.