Posted by Daniel Martin on September 6, 2015 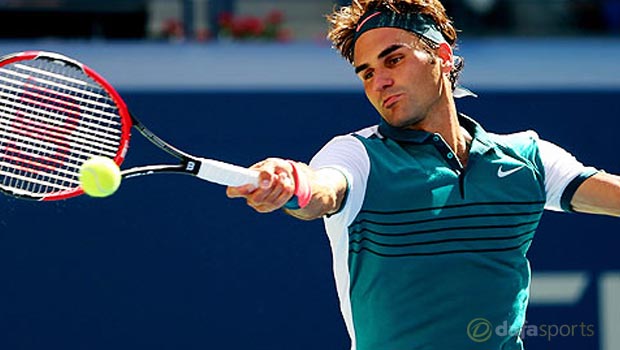 Former champions Andy Murray and Roger Federer enjoyed safe passages into the last-16 of the US Open in New York with straight sets victories.

Murray swept past Brazilian Thomaz Bellucci 6-3 6-2 7-5 while Federer was rarely troubled throughout his 6-3 6-4 6-4 victory against Germany’s Philipp Kohlschreiber in Queens.

Murray will now face South African 14th seed Kevin Anderson in the last 16 on Monday and the Scot was delighted to get out in straight sets having been forced to battle back from two sets down in round two against Adrian Mannarino.

“My last match was extremely tough physically and mentally. It was a lot cooler today, which helps, and to get the win in three sets.

“I get a day to recover now and get ready for the next one,” said the 2012 US Open champion.

Federer, meanwhile, continued to vary his game with more approaches to the net against Kohlschreiber.

The Swiss revealed his new tactic, designed to counter the baseline prowess of the likes of world number one Novak Djokovic and Britain’s Murray, was something he stumbled on while attempting to get out of a jet-lagged practice session.

“I said, ‘OK, I’m going to chip and charge and just keep the points short. I’m tired. I want to get off the court soon anyway.’ That’s when I started to run in and hit returns. I hit a couple for a winner.
They were ridiculous,” Federer revealed.

He admits it is a tactic that has worked well for him, although is less concerned by what the media wish to call his gear change.

“I tried it the next practice and it still worked. That’s when coach Severin Luthi said, ‘Well, what about using it in a match?’ I was like, ‘Really?’

“We sort of came up with that name, ‘sneak attack by Roger’ or ‘Sabr’ for short. I don’t know. Call it ‘Fed Attack’, call it whatever you want,” he added.

Andy Murray is 1.13 to defeat Kevin Anderson on Monday, the South African 5.50 to book his place in the quarter finals.