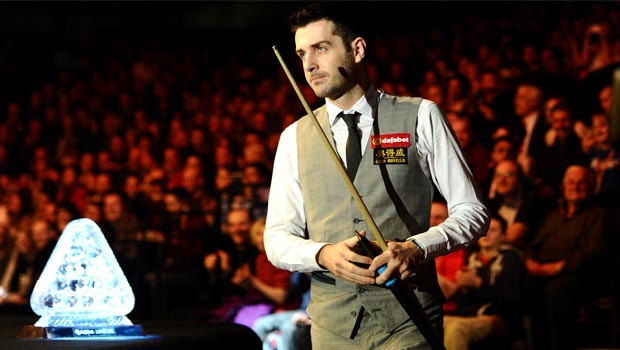 Defending champion Mark Selby believes he will face an in-form Shaun Murphy when the duo clash at Alexandra Palace for a place in the Masters final.

Murphy and Selby know each other well having come through the junior ranks together and are expected to play out a tight semi-final on Saturday.

Selby has already had experience of one nip-and-tuck match at this year’s Masters, defeating John Higgins 6-5 in the quarter-finals, the ‘Jester from Leicester’ having come from 5-3 down to win the final-frame decider.

In contrast, Murphy enjoyed a straight-forward last-eight encounter with Neil Robertson, producing some of his best snooker as he defeated the world number one 6-2.

Three-time Masters champion Selby says Maguire’s triumph over Robertson should not have come as too much of a surprise and believes ‘The Magician’ is hitting top form at just the right time.

“Shaun is another tough match, he seems to be playing himself back into form,” said world number two Selby. “He’s a great player and probably should have done more in the game and hasn’t.

“He seems to be striking the ball and playing well again.”

In Saturday’s other semi-final Masters favourite Ronnie O’Sullivan will take on Stephen Maguire having thrashed Ricky Walden 6-0 in just 58 minutes on Friday.

The world champion recorded 556 unanswered points against Walden and is priced at 1.250 to record another triumph against Maguire.

‘The Rocket’ is looking to win a fifth Masters crown and has revealed he has been working hard on his game recently after finding himself out of form in the build-up to the event in London.

“I have been trying to put a few hours in on the practice table because I wasn’t happy with my form over the last five or six weeks and this is a busy part of the season,” said O’Sullivan.