Fit-again Dimitrov ready for anything 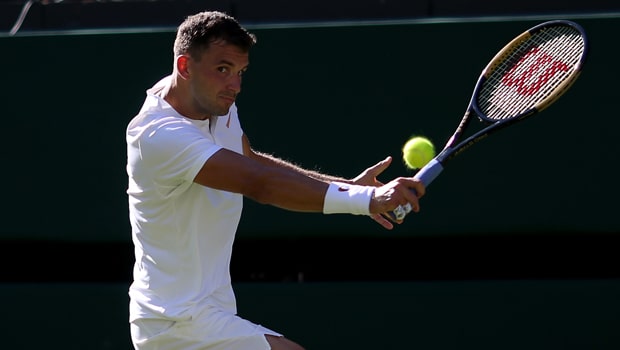 Grigor Dimitrov thinks he is finally over his shoulder injury after recording an impressive 6-7 6-4 4-6 7-6 6-3 victory against the Croatian number 11 seed Marin Cilic at the French Open.

The Bulgarian, who has slipped down the rankings from a career high of three after his triumph at the 2017 ATP Finals to his current position of 46, struggled with a shoulder problem earlier this year but now believes he is back to his best.

“Every win that I have now, I appreciate it,” admitted Dimitrov after his victory.

“I don’t really think of who I’m playing against. I just want to have those wins.

“Clearly I have struggled in the past two, three months. The shoulder hasn’t been great. But now I feel great and I’m very, so to speak, focused and excited for what’s ahead.”

Dimitrov will face the 2015 French Open champion Stanislas Wawrinka, who has endured two knee operations, in the next round after the Swiss star thrashed Cristian Garin 6-1 6-4 6-0.

Wawrinka said afterwards: “I’m happy with the way I have been playing. I was really aggressive, moving much better than the first round.

“After the [knee] surgery it took me a little while to get back fit and ready to play like this.”

Wawrinka is 41.00 to win the French Open this year while Dimitrov can be backed at 81.00. Meanwhile, defending champion Rafael Nadal eased to a 6-1 6-2 6-4 win over the German world number 114 Yannick Maden.