Walsh wants Foxes to move to next level 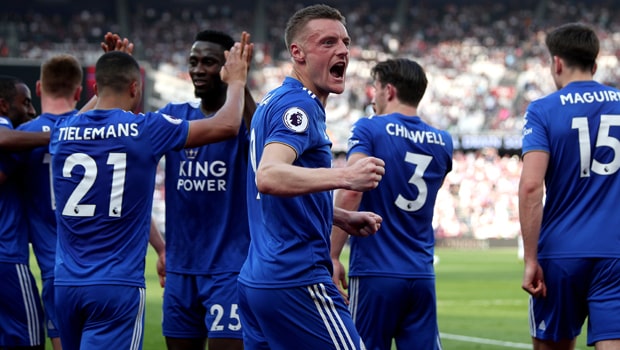 Former Leicester City stalwart Steve Walsh is optimistic that the Foxes can improve on their ninth-place finish in the Premier League next season.

The 54-year-old, who featured in almost 400 league games for Leicester in his 14-year spell with the club, believes Brendan Rodgers is the right man to get the best out of the current squad.

Rodgers left Celtic in February and succeeded Claude Puel in the King Power Stadium hot-seat. He revived Leicester’s fortunes and they won six of their last 11 top-flight fixtures, including a 3-0 triumph against Arsenal.

Leicester also recorded victories against champions Manchester City and Europa League winners Chelsea earlier in the campaign and Walsh is excited about what the future holds.

The current Leicester squad has a wealth of youthful talent, including James Maddison, Demarai Gray and Ben Chilwell.

Walsh told the club’s official website: “I believe now that the club has a manager who is young and ambitious and a man who can bring the right kind of energy which Leicester needs.

“We beat some of the top teams. Admittedly we also slipped up against some of the others, but we’ve built a really talented squad who can push on now. They can beat anyone on their day, there’s no doubt about that, and I like the style of football which Brendan is trying to bring to the club.”

“The players who the club already have and the ones who they will try to sign in the summer could really take the club to the next level.”