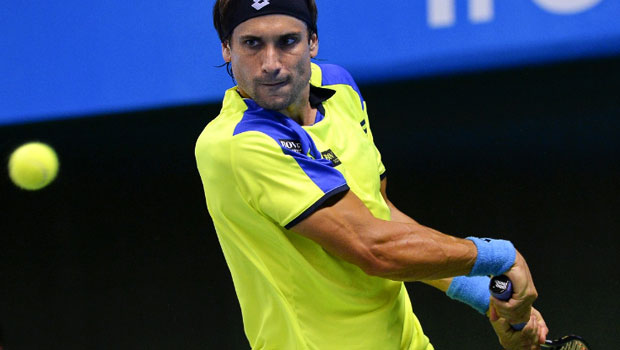 David Ferrer proved that he is not prepared to give up his Paris Masters title without a fight as he beat world number one Rafael Nadal in straight sets to set up a final date with Novak Djokovic.

Ferrer was able to put any doubts in his mind to one side as he finally registered another victory over his compatriot, ending a nine-match losing streak against Nadal and taking the career head-to-head to 5-20.

Ferrer had started the match in positive fashion with a solitary break of serve in the 10th game proving to be enough, while he soon looked on course for the win with an early break in the second.

Nadal did get his act together to pull level at 5-5 as his opponent failed to serve out for the win but Ferrer responded with a break in the very next game, and made no mistake at the second time of asking to claim the set and the match 6-3 7-5.

Nadal was making his first appearance at the event since 2009 and was not at his best as he made 25 unforced errors in the match while he converted only one of seven break-point opportunities.

The 2013 French and US Open champion admitted that there is certainly areas where he can improve but insists he will not be making wholesale changes to his game ahead of the ATP Tour Finals, where he is given the chance of revenge against Ferrer first up.

“I need to move quicker. I was slow,” Nadal reflected. “I felt that I [was] always a little bit late on the ball.

“David, he’s quick and he plays inside the court and he puts you pressure on you all the time. If I move [better], I’m going to have the chance to hit the ball quicker and play with [fewer] mistakes.

“When he’s playing well, he’s very dangerous on all the surfaces, but especially on this one, because it’s probably the worst surface for me.”

Nadal can now focus on the ATP World Tour Finals next week at London’s
O2 Arena, where he will also face Tomas Berdych and Stanislas Wawrinka in Group A, while the other group is made up of Novak Djokovic, Roger Federer, Juan Martin Del Potro and Richard Gasquet.