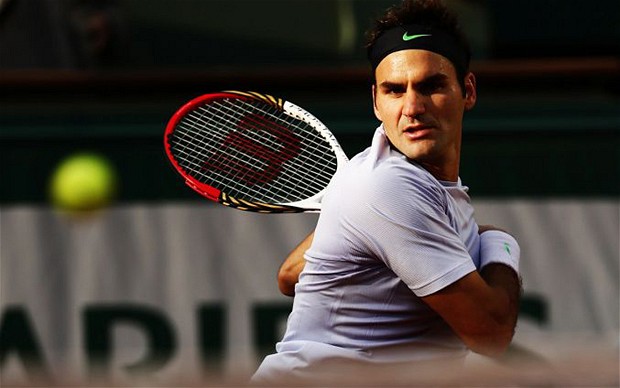 When in danger, Roger Federer surely knows how to extricate himself out of it.

With luck on his side, the Swiss ace avoided tasting his earliest exit from a Grand Slam tournament in nine years.

Federer regrouped and restored order in his play and charged back from a two-sets-to-one deficit to outlast 15th-seeded Gilles Simon of France 6-1, 4-6, 2-6, 6-2, 6-3 Sunday in the fourth round of the French Open to reach his 36th consecutive major quarterfinal.

”I didn’t hurt myself or anything,” Federer said, recalling the moment he twisted his right foot and tumbled to the ground. ”But maybe I did lose that touch of confidence for a little bit, and then I was out of the match there for a bit.”

The 31-year-old Federer, owner of a record 17 Grand Slam championships (the 2009 French Open trophy is part of his collection), lost 10 of 13 games, including the one in which he fell.

”I didn’t give him time,” said Simon, a one-time Grand Slam quarterfinalist. ”I managed to start moving him around a bit.”

But Simon, a former member of the top 10, could not keep Federer down.

Federer said the match will give him ”a lot of info” going into his quarterfinal duel against another Frenchman, No. 6-seeded Jo-Wilfried Tsonga.