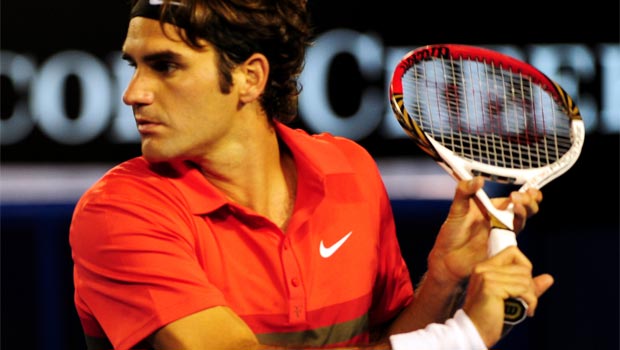 Andy Murray has joined Novak Djokovic as a big-name casualty at the Australian Open after losing 6-3 6-4 6-7 (6-8) 6-4 to Roger Federer in the quarter-finals.

The last-eight match Down Under was always going to be a test for both players, with Murray returning to a Grand Slam event for the first time since back surgery while Federer had endured a 2013 to forget as he tumbled down the world rankings.

The Swiss maestro was forced to re-evaluate his career over the winter break after a barren run by his own high standards and decided to draft in Stefan Edberg as the Swede joined the likes of former stars Boris Becker and Ivan Lendl as mentors for some of the top male players.

Murray managed to take the encounter to four sets despite Federer manoeuvring himself into a position to serve for the match in the third set during which he squandered eight chances to break the Scot.

However, the fourth set belonged to the veteran who now faces old rival Rafael Nadal in the semi-finals in Victoria.

Federer said: “I seem to miss more break points than the other guys, so I’m used to it. You have to stay positive and say to yourself you can get the next one. I tried to keep my composure and it worked tonight.

“My confidence is much higher than it was last year, and that’s very satisfying. I have more confidence in my movement. Last year I felt it wasn’t quite right. You can still play, but it’s not quite the same when you have big opportunities in matches.

“That’s what I felt last year, but I kept on playing and kept working hard and now here I am in the semi-finals.”