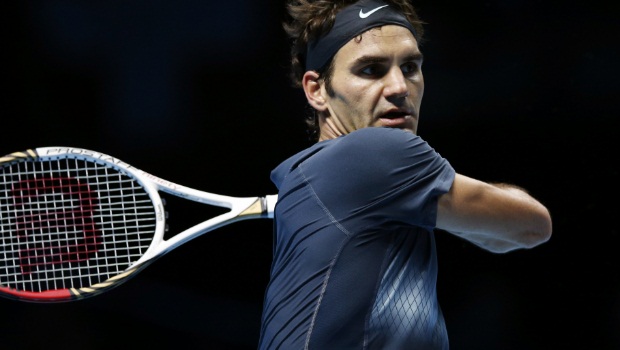 Roger Federer admits his new-found confidence will be put to the test when he meets Juan Martin del Potro in his final group match of this year’s ATP World Tour Finals.

After a disappointing season in which he has won just one title, the Swiss star has enjoyed somewhat of a resurgence over the last few weeks, with his most notable result coming in the recent Paris Masters where he reached the semi-finals.

The former world number one beat the Argentine in the French capital, but he has traditionally struggled against the giant South American, losing to him in the final of his home tournament in Basel for the last two years while ‘Delpo’ also defeated him in the 2009 US Open showpiece.

The pair now meet in their final group match at the O2 Arena, both knowing that the winner will proceed to the knockout rounds.

Federer admits his confidence is higher following his form over the last few weeks but believes he needs another win over Del Potro to prove to himself that he can still mix it with the best.

“I think the win in Paris was big for me, because he did beat me three times indoors straight, the Basel finals twice, and also here last year,” he said. “I’m glad I got one back in Paris because I knew

we could be again in the same group. I think that win for me in Paris psychologically was very important (to know) I could beat top-10 guys.

“I truly believe my confidence is higher, and that’s what I need to beat the best, and Juan Martin is part of that group.”