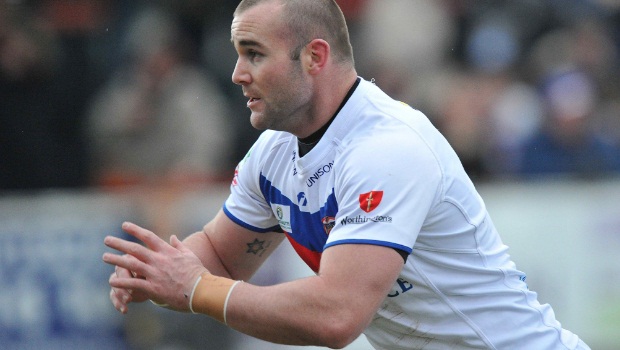 The 28-year-old made 23 Super League appearances for the Wildcats last season after moving from NRL side the Parramatta Eels.

The Perth-born prop looks set to fill the void left by Evarn Tuimavave’s exit and admits that there were many positive reasons for joining the club.

“I jumped at the chance to come here because they’ve just signed Michael Weyham and he’s one of my best mates,” he told BBC Radio Humberside.

“The recruitment has been impressive here and there’s a hard working ethic too and that’s important. I feel like I’m coming into the best form of my life right now.”

Elsewhere another Australian has gone back Down Under, as former Salford and Hull stand-off Daniel Holdsworth has joined Cronulla Sharks.

The 29-year-old was released by Hull earlier this week, with the club allowing him to leave 12 months before his contact was up on personal grounds.

And the former St George Illawarra and Canterbury Bulldogs ace, who has penned a 12-month deal with the Sharks, admitted his delight at being back in Australia.

“I watched most of Sharks games this year. They’ve got a great squad and I’m happy to be in the mix.”

Holdsworth has already begun training with his new club and will battle with regular half-backs Todd Carney and Jeff Robson for a place in the starting line-up.