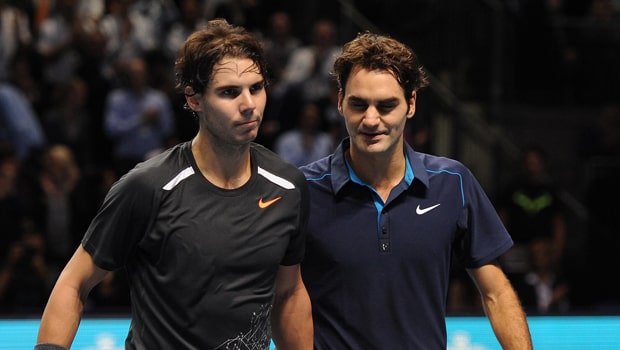 Old adversaries Roger Federer and Rafael Nadal will meet in the semi-finals of the French Open on Friday.

The match on Court Suzanne Lenglen lasted three hours and 17 minutes, while heavy thunderstorms also disrupted the contest, but 20-time Grand Slam winner Federer was able to hold his nerve and is now dreaming of what would be only his second triumph in Paris.

“The complete dream would be to win the tournament,” Federer said.

“But I’m very happy, number one, to be back in another semi-final of a Grand Slam. It hasn’t happened in the last year or so. I had some tough losses in fourth rounds or quarters.”

Standing in Federer’s way of a place in the final is 11-time champion Nadal, who enjoyed a smoother passage through to the last four on Tuesday after he overcame Japan’s Kei Nishikori 6-1 6-1 6-3.

The Spaniard has gone on to win the French Open on the 11 previous occasions he has made it through to the semi-finals and the manner of his victory over Nishikori has given him the confidence to maintain that impressive record.

“The way that I have been playing is, being honest, very positive,” said Nadal.

“I have been playing well, very solid.” Friday’s meeting between the two heavyweights will be their first showdown at Roland Garros since the 2011 final, which Nadal won in straight sets.

Nadal is priced at 1.13 to emerge victorious once again, while Federer is available at 6.00 to win the match.