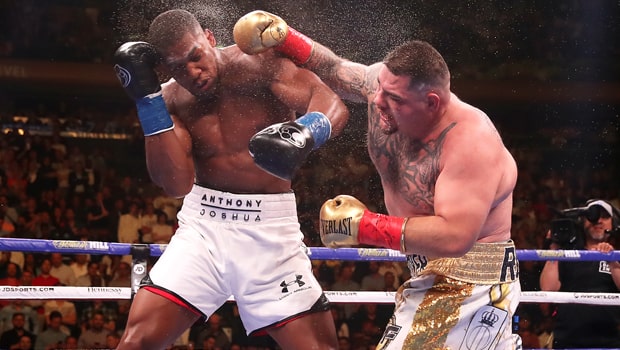 Promoter Eddie Hearn has confirmed a rematch between Anthony Joshua and Andy Ruiz Jr has been agreed for November or December this year.

The boxing world was shocked on Saturday night when previously undefeated heavyweight Joshua was floored four times, and eventually beaten in seven rounds by challenger Ruiz Jr, who took the Brit’s IBF, WBA and WBO titles.

Nobody had seen the defeat at New York’s Madison Square Garden coming for Joshua, who had won all 22 of his previous professional fights, but the 29-year-old immediately signalled after the loss that he was keen to sort out a rematch.

American-born Mexican Ruiz was also open to a rematch and Hearn has now confirmed that terms have been agreed, with the fight expected to take place on British soil towards the end of the year.

“After meetings with AJ, Rob Mc[Cracken – Joshua’s trainer] and the management team in NY, we have today triggered the contracted rematch clause with Andy Ruiz Jr,” Hearn said on Twitter.

“The fight will take place in Nov/Dec at a venue to be confirmed shortly.”

Saturday’s defeat was a real blow to Joshua’s chances of unifying the heavyweight division, but the Olympic gold medallist still harbours ambitions of fighting the likes of Tyson Fury and Deontay Wilder.

However, for the time being his priority is very much Ruiz Jr. “I still want to compete with those men, but a rematch with Andy Ruiz Jr is where we are at,” Joshua said. “I’m still a champ and I will rectify it to get the belts back.”