Fed to rest until Roland Garros 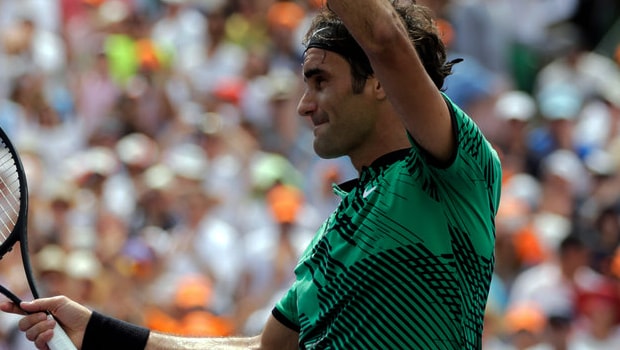 Roger Federer has revealed he will now take time off until the French Open in a bid to allow his body to recover following Sunday’s triumph in Miami.

The Swiss continued his resurgence by defeating old foe Rafael Nadal 6-3 6-4 to claim the honours in Key Biscayne, in the process landing his third title of the year following his recent success at Indian Wells and his victory at January’s Australian Open.

Federer’s return after taking the second half of last year off due to a knee problem has been hugely impressive and at 35, he clearly has full understanding of how his body works.

As a result, he has now suggested he will rest until Roland Garros, with the tournament, which gets underway on May 22, likely to be his only outing on clay in 2017.

The 18-time Grand Slam winner believes it is the best decision for him going forward, as it will allow him to focus on staying fit for as long as possible during what could be hugely successful summer.

“When I am healthy and feeling good, I can produce tennis like this,” he told ESPN on court after the win.

“When I am not feeling this good there is no chance I will be in the finals competing with Rafa.

“That is why this break is coming in the clay-court season, focusing everything on the French, the grass and then the hard courts after that.

“I’m not 24 anymore so things have changed in a big way and I probably won’t play any clay-court event except the French.”

Federer is currently priced at 15.00 to win in Paris, with Nadal the 3.10 favourite and Novak Djokovic and Andy Murray available at 3.20 and 4.33 respectively.