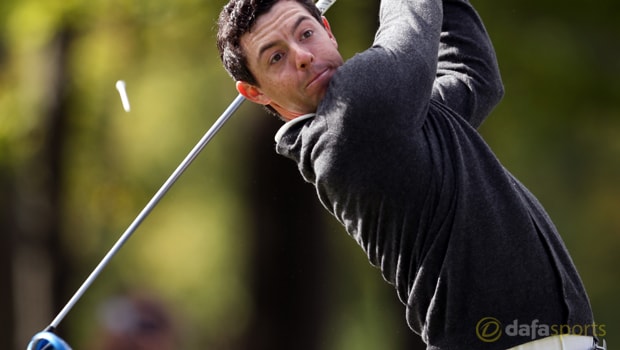 Paul McGinley has urged Rory McIlroy not to allow himself to lose focus when he goes looking to complete the career Grand Slam at the Masters.

The Northern Irishman has recorded top 10s in the last three years at Augusta and will tee it up in Georgia aiming to become only the sixth man, and the first European, to claim all four majors.

However, his form has been patchy at times in recent months and he chose to skip last week’s Shell Houston Open, which was won by Russell Henley, in order to practice.

Dustin Johnson is currently the 6.50 favourite to don the green jacket on Sunday evening, while Jordan Spieth and McIlroy are tied as the 8.00 second favourites.

A number of questions have been asked as to whether the four-time major winner can seal the deal at Augusta due to his occasional shakiness on the greens but McGinley feels his concentration can be more of an issue.

The victorious 2014 European Ryder Cup captain believes the 27-year-old can sometimes overcomplicate things due to his creativity and has now urged him to do all he can to keep his focus this week at Augusta.

“It’s a very important Masters for Rory, arguably now the most important major for him because he wants to complete the grand slam and join those five people in history,” said McGinley.

“I think his game will be there, it’s more the other stuff around it – the focus, the concentration you need and the competitive juices, the competitive play you need under your belt to play major championships.

“That creativeness that has allowed him to play at such a high level also sees him switch off now and again and lose focus. That will always be his challenge.”