Evans Beats Chardy In First Round Of Madrid Open 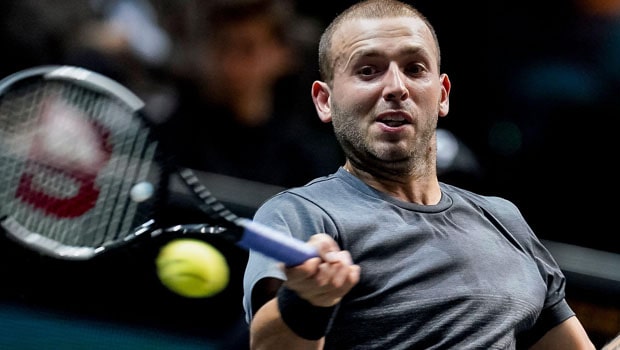 Dan Evans had a wonderful first round at the Madrid Open after beating Jeremy Chardy 7-6 (8-6) 6-7 (7-9) 6-2 to secure his first win ever in Madrid. This would also mark the third time Evans would beat Chardy this year, after defeating him at the ATP event in Melbourne and Qatar Open in Doha.

Evans, who is British Number One, lost at the Madrid Open in 2017, which was his first time playing in Madrid. Four years after, he claimed his first win at the event in a match that was a bit heated. Evans started the match with a break and managed to save a set point at 4-5. He and Chardy were tied 6-6 before he took advantage of a double fault from his opponent, allowing him to win the set.

The second set did not turn out as Evans wanted, even though he was tough on Chardy. Evans eventually lost three match points which Chardy was able to capitalise on, forcing the game into a decider set. Evans was more determined to win this set and got his fifth match point for the game, overpowering his opponent to win the set 6-2.

Evans would now play the winner of the fixture between Hubert Hurkacz and John Millman to get a spot in the Round of 16. Speaking after the round, Evans commented that he was getting better at clay and also said that he felt good on his serve.

The Mutua Madrid Open, formally known as the Madrid Masters is a clay-court tournament owned by former Romanian ATP pro, Ion Tiriac. The event was cancelled last year due to the pandemic. The current champions are those who won it in 2019; Novak Djokovic (men) and Kiki Bertens (women).