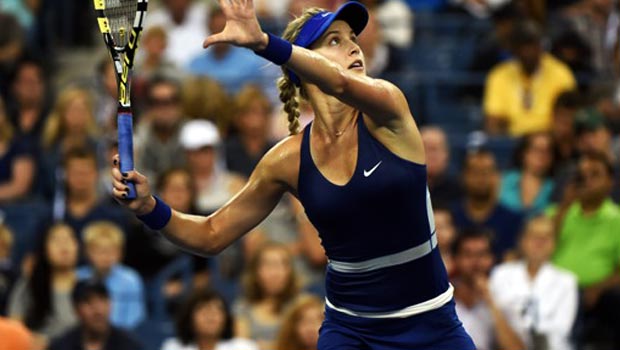 Eugenie Bouchard demonstrated an impressive return to form last week in Wuhan and is favoured to beat Sabine Lisicki in the first round of the China Open on Tuesday.

The Canadian overpowered Caroline Wozniacki in the semi-finals before losing out to Petra Kvitova in a repeat of the Wimbledon final, although it proved to be a much closer contest than July’s affair.

Following the 6-3 6-4 loss in the inaugural Wuhan Open event, Bouchard said: “I feel like I did better than I did at the final of Wimbledon but still not good enough.”

It was still a positive week for Bouchard, who lost just one set through the week and beat an in-form Wozniacki in the semi-finals. But overcoming Kvitova remains a problem for the world number nine who is 0-6 in sets against the big-hitting Czech.

“I think I maybe should have tried to go for a bit more like in the first few shots and kind of play more first-strike tennis, because that’s definitely how she plays and maybe try to beat her to the punch a bit more often,” Bouchard added.

Moving forward into the court had been the key to Bouchard’s impressive victory against Wozniacki as she ruthlessly attacked the short ball in defeating the Dane 6-2 6-3.

She won 13 of 14 points at the net including seven forehand volleyed winners, but the vast majority of her points were won earlier in the rally with superior court position around the baseline.

Bouchard faces Lisicki in Beijing on Tuesday as the 1.47 favourite with her German opponent available to back at 2.72 on the Money Line. Surprisingly, the players have never met before on the WTA Tour.