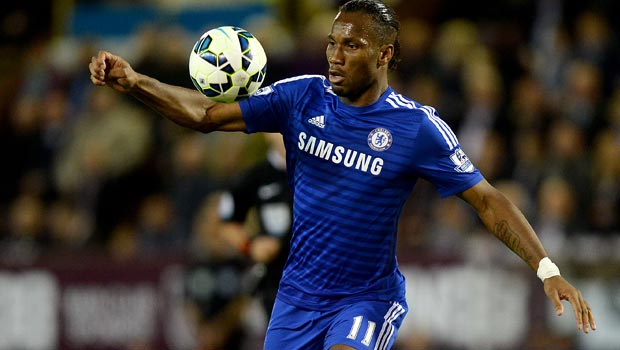 West Ham striker Diafra Sakho has thanked Didier Drogba for some sound advice that has helped him become an instant hit in the Premier League.

Sakho broke a 26-year-old club record at the weekend by scoring in his first four starts for the Hammers in the 2-1 defeat at Old Trafford and will be gunning for a fifth when Queens Park Rangers visit Upton Park next Sunday.

“I was lucky in that my agent, who had known Didier Drogba for some time, spoke to him on my behalf,” Sakho told the London Evening Standard.

“He asked Didier for his advice on a new player coming here to England. More importantly, since Didier heard about me, he has spoken to my agent a lot, giving advice about how to behave, how to handle myself in the Premier League. That has helped a lot.”

Few fans knew much about Sakho before he made the move from Metz in France’s second division to the English top flight and he admits it has been a tough road to the top.

“It was hard at the start because it didn’t seem as though they [Metz] believed in me,” he said.

“In the end, though, I helped the club return to the top division in France. That is when other clubs became interested in me – including West Ham.”

Sakho scored 19 goals in 33 appearances to help Metz win promotion from the third tier and then hit 20 goals in 36 matches as the club won the second division last season.

“When I started there were coaches at the Metz academy who used to tell me that unless I worked harder, I was not going to make it,” he said.

“My philosophy now, though, is to prove those people wrong, to keep working hard, keep improving, have self-belief, and always give my best for the team.

“No one believed in me in those early days but slowly I am moving towards success and achieving big things in football.”

Sakho still has much to achieve if he is to match the impact his hero Drogba had when he arrived at Chelsea from Marseille in 2004, but he has made a stunning start.

West Ham can return to winning ways when they face struggling QPR next weekend and look good at 1.89 in the 1X2 betting to prevail in the London derby.

Rangers, smarting from a 2-1 defeat at Southampton on Saturday, are 4.01 to clinch a valuable three points with the draw available at 3.43.