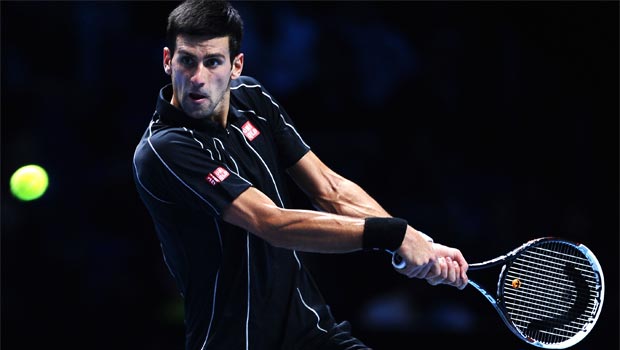 Novak Djokovic will meet Roberto Bautista-Agut in the second round of the Dubai Open for the second consecutive year, mindful of the Spaniard’s shock win over Juan Martin del Potro last month.

Back after a five-week beak, Djokovic began his quest for a fifth Dubai title with a hard-hitting, straight sets victory over world number 53 Denis Istomin before a packed stadium court.

However, the Serb admitted his game was not up to scratch after 20 unforced errors littered his 6-3, 6-3 victory over the talented player from Uzbekistan.

“My game isn’t where I want it to be,” Djokovic admitted. “But I am still happy with this start.

“It’s just the match situation – it’s quite different from the practice court. You have thousands of people watching you and it can be mentally tough.

“And not having competed for so long, it takes a toll. My body feels it a little bit. But I will get back to work. It’s work and I love it at the same time.”

Djokovic knows he will need to be in better shape against world number
51 Bautista-Agut who pulled off a shock second round win over Dubai second seed Del Potro at the Australian Open.

The Spaniard played some inspired tennis at Melbourne Park, hitting 72 winners in his marathon five-set win over the Argentine to record the biggest win of his career.

Bautista-Agut overcame unseeded Romanian Adrian Ungur 6-1, 6-3 in his first round encounter, winning over 50 per cent of the points on his opponent’s serve.

In last year’s meeting, Djokovic broke the Spaniard’s serve with ease in the first set before getting bogged down in the second, which he came through in a tie-break to win 6-1, 7-6.

But in 2013 Djokovic was in better shape after beating Andy Murray in the Australian Open final and not in need of a pick-me-up following his stunning defeat at the hands of Stanislas Wawrinka.

Seeking his fifth Dubai title, Djokovic can equal the record of Roger Federer this week if he rediscovers his best form and overcomes a projected meeting with the Swiss legend in Friday’s semi-finals.