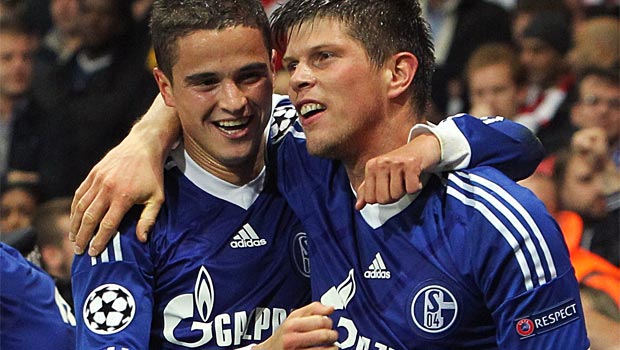 Klaas-Jan Huntelaar is confident that his underdog Schalke side can upset the mighty Real Madrid if they perform to the best of their capabilities in Wednesday night’s Champions League last-16 first leg.

The Spanish giants are overwhelming 1.07 favourites to reach the quarter-finals of the competition, but Dutch marksman Huntelaar feels the Germans can defy the odds and remain unbeaten in 2014.

“We will all need to have a good day,” he said.

Huntelaar insisted that he is not looking for revenge over Real Madrid, for whom he played only 20 senior games before being transferred to AC Milan after just six months in La Liga.

“I want to be at my best in every game and tomorrow’s meeting with Real Madrid will be no different,” he added.

“We’re still alive in the competition and now we’re at the knockout stage. It’s a huge game against a brilliant team. We’re lucky that the first leg is at home.

“After that, we’ll see what happens in Madrid. I really enjoyed my time there. The training complex is amazing, and the stadium too and the people at the club are great but now, my life is focused on Schalke.”

Schalke 04 superstar Julian Draxler is not guaranteed to start against Real Madrid after making his comeback back from an injury sustained in January by playing half an hour of his side’s goalless Bundesliga draw with Mainz as a substitute on Friday night.

However, with Leon Goretzka proving an able deputy for Draxler of late, there is less pressure on Schalke boss Jens Keller to start Draxler.

Keller rates Carlo Ancelotti’s side as only second to Bayern Munich on current form.

He said: “After Bayern, at this time Real Madrid is perhaps the second best team in the world.

“They have great players in all roles, it will not be at all easy for us. Ourselves playing at home, we will show courage without hiding in front of Real. We will give everyone at least 100% if we succeed, then we may witness a little miracle.”

Despite Real Madrid’s incredible history in the competition they have not fared well against Bundesliga opposition in Germany.

The Spanish giants, who are 1.50 to win in 90 minutes on Wednesday, have recorded only one win in 25 visits to the country.

Last season’s 4-1 Champions League semi-final defeat to Borussia Dortmund was their 18th defeat on German soil during that time.