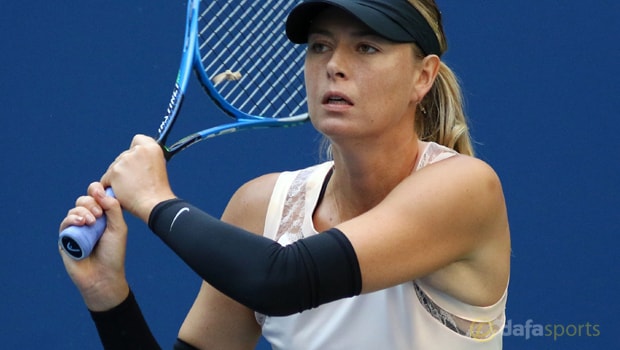 Former world number one Maria Sharapova and American Madison Keys have both been forced to pull out of next week’s Dubai Duty Free Tennis Championships due to injury and illness respectively.

Sharapova, who lost to Germany’s Angelique Kerber in the third round of the Australian Open last month, made her return to action since the opening Grand Slam of the year on Monday at the Qatar Open.

The Russian suffered a disappointing defeat to Romania’s Monica Niculescu in three sets in the first stage of the event and that loss takes her win-loss record to 21-10 since her return from a doping ban last April.

It has now been confirmed the 30-year-old, who is ranked 41 in the world, has been forced to withdraw from the tournament in Dubai next week after picking up a forearm injury.

A second high-profile name has also pulled out of the event with Madison Keys, who lost in the final of the 2017 US Open to fellow American Sloane Stephens, withdrawing due to illness.

The 22-year-old, who lost in the first round of the Australian Open this year, was expected to make her debut in Dubai although these plans have now been shelved until next year.

Confirming the duo’s absence, tournament director Salah Tahlak said in a statement: “Unfortunately both Maria Sharapova and Madison Keys have regretfully had to withdraw from the Dubai Duty Free Tennis Championships due to injury and illness.

“We are sorry that neither Maria nor Madison will be able to play in Dubai, but we still have one of the strongest fields ever assembled for the WTA event.”

World number two Simona Halep, who lost in the final Down Under last month, heads a strong field for the event whilst defending champion Elina Svitolina will also compete.