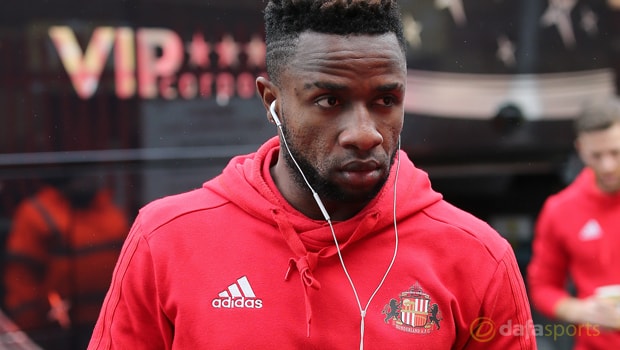 January signing Kazenga LuaLua says Sunderland have taken a lot of confidence from the comeback draw against Bristol City and hope to use that in Saturday’s home clash with Brentford.

Sunderland have endured a miserable Championship campaign, winning just five of their 31 matches, and the poor results have left the club languishing down in 23rd position, three points from safety.

The Black Cats looked set for a 16th defeat of the season last Saturday after going 3-0 down at Bristol City with just 37 minutes on the clock, but the visitors somehow produced a stunning comeback.

Chris Coleman’s men scored three goals in the last half an hour and managed to come away from Ashton Gate with a share of the spoils, a result that keeps them in touching distance of safety.

LuaLua, who joined the Wearsiders last month on a free transfer after his contract at Brighton was mutually terminated, came off the bench in the second-half and played his part in the stirring comeback.

The 27-year-old, who has received a warm welcome despite his previous ties with rivals Newcastle United, says the mood around the camp is better after the recent draw and he is hoping three points can be picked up at the Stadium of Light on Saturday.

“The way we finished the game away to Bristol City can only give us momentum to go to the next game,” LuaLua told the club’s official website.

“Brentford on Saturday isn’t going to be easy, but we are playing at home so it’s a game that we need to look to win and it’s up to us to do that.”

Sunderland are 3.25 to win on home soil, a draw is priced at 3.40 whilst Brentford, who could make the play-offs with a late flurry, are 2.20 favourites.