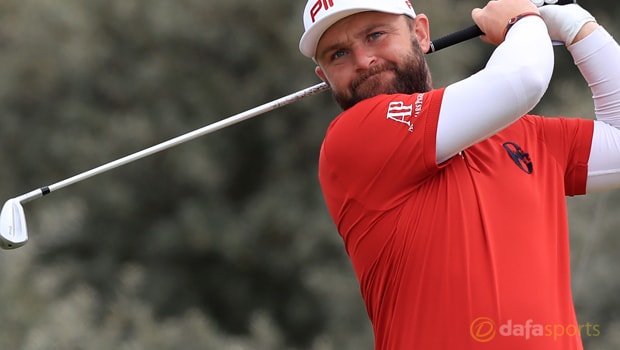 Englishman Andy Sullivan says it feels good to be challenging for tournament victories again after moving to within two shots of the lead on day one of the NBO Oman Open.

The last of Sullivan’s three European Tour titles came at the 2015 Portugal Masters and it was that impressive year which earned him a place in Europe’s Ryder Cup team for the 2016 event at Hazeltine.

However, since the humbling defeat to the USA, the 30-year-old’s form has been on a downward spiral and he only managed to record two top-10 finishes last year.

Going the wrong direction in the world rankings, a big improvement was needed for the Nuneaton-born star and after some hard work he has managed to rediscover some of his previous best form.

The Englishman finished tied-17th at the Maybank Championship, following on from a joint-sixth result at the Omega Dubai Desert Classic, and the momentum has been continued at the Oman Open.

Sullivan shot a five-under-par 67 on Thursday, leaving him two strokes behind leaders Matthew Southgate and Paul Waring, and he admits being back near the top is a relief.

“I feel like that since the start of this year, the game has started to come back,” he told Sky Sports.

“I worked really hard over the seven weeks I had off after the DP World (Tour Championship).

“It’s nice to be back at the right end of the leaderboard and to show [good] signs so early on in the season.”

Sullivan is the 9.50 favourite to win the tournament whilst Southgate and Waring, who are both chasing their maiden European Tour title, are priced at 13.00 and 15.00 respectively.