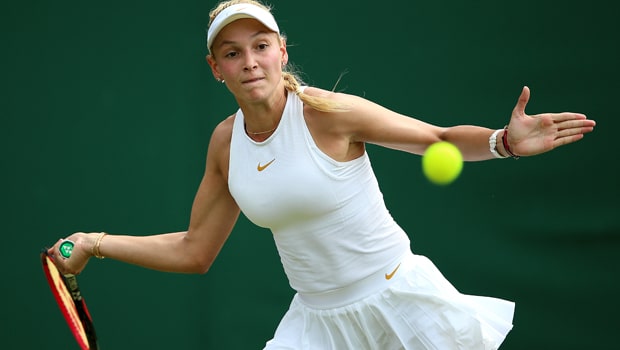 Unseeded Donna Vekic was delighted to book a semi-final showdown with Karolina Pliskova at the Pan Pacific Open after beating Caroline Garcia on Friday.

Vekic had already seen off Sloane Stephens and Johanna Konta en route to the last eight and was too good for her French opponent, running out a 6-3 6-4 winner in Tokyo.

It is the 22-year-old Croatian’s first foray to the Far East event but she showed no fear against the world number four, breaking Garcia’s serve five times during their 75 minutes on court.

The duo have enjoyed close battles in the past but with Garcia usually coming out on top, and Vekic was delighted to reverse the fortunes this time around.

“I’m very happy that I won today” she said.

“Last time we played, I lost 7-6 in the third and that was a painful loss, so to win in two sets against her really means something to me.”

Next up is a clash with fourth seed Pliskova who had to save two match points before beating American Alison Riske in a marathon quarter-final.

“It was a very important win for me,” she said.

“I think she was a little bit better, but I just managed to fight somehow and get the victory.”

Pliskova is the 1.70 favourite to progress to the final, with Vekic on offer at 2.00 and it has the makings of a close match as the duo have each won one of their previous two meetings.