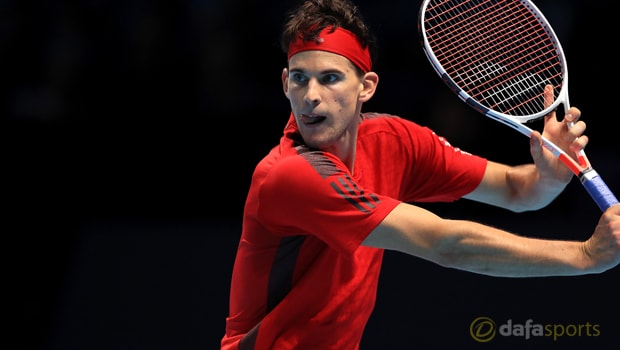 World number seven Dominic Thiem says being handed a huge scare in the second round of the Monte Carlo Masters is a good thing and he is now eagerly anticipating his next opponent.

Austrian Thiem, seeded fifth for the tournament, was handed a bye in the first round and his opening match of the ATP Tour event came against Russia’s Andrey Rublev, who had knocked out Robin Haase.

The 24-year-old, who has reached the semi-final of the French Open the last two years, lost the first set 5-7 before taking the second 7-5, leaving the duo to battle it out in a decider.

Rublev won four games in a row to open up a 5-4 lead before spurning a match point on his serve which proved costly as his opponent managed to fight back to take the third set 7-5.

After reaching the last-16, Thiem, who was playing his first match since injuring his ankle at Indian Wells, says the opening test was good for him and he is now looking forward to his next opponent, which will be either Novak Djokovic or Borna Coric.

“I was 10 centimetres from being out of the tournament. But I’m happy that I played two hours and 40,” he told tennisworldusa.org.

“I’m looking forward to watching Djokovic and Coric in front of the TV, and then playing the winner on Thursday.”

Thiem will be hoping to fine-tune his skills ahead of the second Grand Slam of the season at Roland Garros next month as he aims to make the final for the first time in his career.

The talented star is fancied to make the final this time around although many believe it will still be extremely hard to dethrone the ‘King of Clay’ Rafael Nadal, who is going for an 11th title on the Paris clay.