Adam Scott working hard to improve ahead of Texas Open 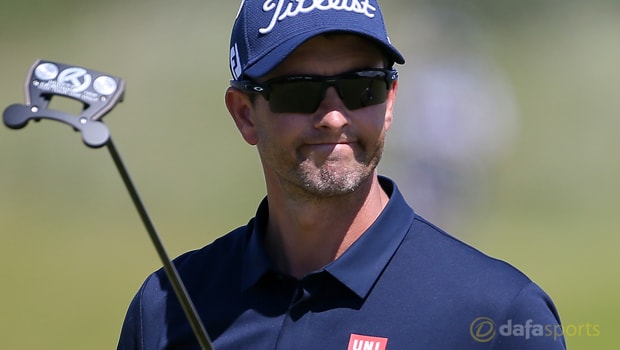 Adam Scott says he is feeling positive about his ball striking going into the Valero Texas Open on Thursday but admits an improvement is needed in two key areas if he wants to taste success.

Scott’s form over the past couple of years has left a lot to be desired and he has failed to win a tournament since triumphing at the 2016 WGC-Cadillac Championship by one stroke over American Bubba Watson.

The Australian, who won the Masters back in 2013, has shown some signs of a revival this year after finishing tied-13th at the Honda Classic before ending up in a share of 16th at the Valspar Championship.

His last appearance, which came at Augusta National in the first major of the season, resulted in a tie for 32nd and he showed enough form to suggest a win is not too far away.

The world number 33 will tee it up in San Antonio this week and is currently priced at 29.00 to win the event for the second time, having triumphed back in 2010.

Despite feeling optimistic about his chances, Scott revealed there are two key areas of his game that need to improve. “I think I need my strength to be my strength, and that’s ball striking. It’s starting to take shape nicely,” he said.

“But I also need my putting to be at the PGA Tour average or better; it’s not but the signs are there.

“Putting those two together is important, and my intensity and focus during events also needs to lift.”

Sergio Garcia, who missed the cut when trying to defend his Masters crown, is the 15.00 favourite Charley Hoffman and Matt Kuchar are both priced at 19.00.