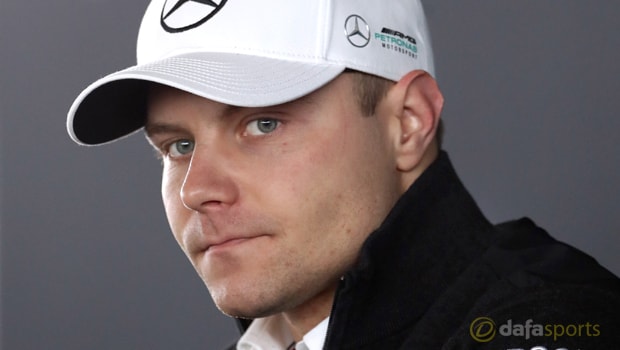 Mercedes ace Valtteri Bottas says he is “so hungry” to get off the mark this season and is hoping it can be achieved at the Azerbaijan Grand Prix on April 29.

Bottas, in his second campaign with the Silver Arrows, finished a disappointing eighth in Australia on the opening weekend but he has managed to bounce back with consecutive runner-up finishes in Bahrain and most recently China.

The Finn, who sits third in the Drivers’ Championship with 40 points, has been in contention for victory in the last two outings but frustratingly came up just short on both occasions.

Mercedes have not been at their fluent best this year and, judging on recent performances, a three-way tussle for glory is expected with the defending champions, Ferrari and Red Bull set to battle it out.

Daniel Ricciardo showed his class to strike in China for the Milton Keynes-based outfit whilst Sebastian Vettel, racing in the famous red colours, still leads the individual standings on 54 points.

Next up is the Azerbaijan Grand Prix in Baku and Bottas, who won in Russia, Austria and Abu Dhabi last year, is eager to get his season up and running with a win.

He told racefans.net: “I’m looking forward to Baku, it’s another opportunity. And now it’s two races in the row the win has been so close. I’m so hungry for the win.”

Bottas, and the two Red Bulls of Ricciardo and Max Verstappen, are priced at 9.50 to win in Baku whilst Lewis Hamilton, who has not been in fantastic form, is the 2.15 favourite.

Vettel, who is chasing a fifth world title, is a 2.75 chance whilst Ferrari team-mate Kimi Raikkonen is longer odds of 13.00.