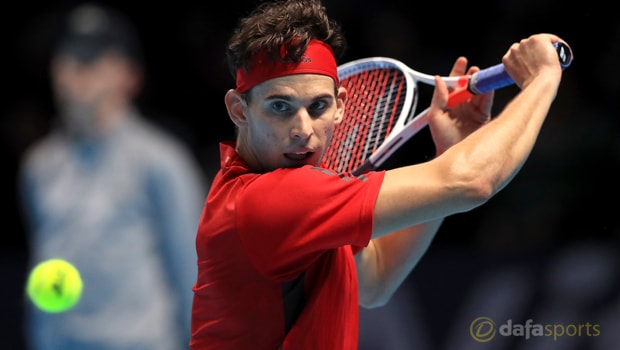 Dominic Thiem says he is feeling confident ahead of the 2018 French Open at Roland Garros despite suffering an early exit at the Italian Open in Rome on Wednesday.

World number eight Thiem has been in impressive form in 2018 and he managed to clinch his ninth ATP title when beating Aljaz Bedene in the Argentina Open back in February.

The Austrian has reached another four quarter-finals this year whilst he also enjoyed an impressive run to the semi-finals of the Qatar Open, where he was ousted by Frenchman Gael Monfils.

Next up for Thiem came a trip to Rome for the Italian Open but, after receiving a bye for the first round, he suffered a second-round exit after being defeated by home favourite Fabio Fognini.

Despite the loss, the two-time French Open semi-finalist, who is not letting up in his playing schedule, is feeling optimistic about his chances of going all the way at Roland Garros.

“My feelings are good,” he said at a press conference. “I’m playing well. I was fighting well from the first to the last ball. I will play Lyon next week, and there I can adjust some things to my game.

“I can have some more practice days. And, hopefully, some more matches. But, in general, I feel good for Paris.”

World number two Nadal, who has won two ATP titles this year, is still seen by everyone as the man to beat in Paris and he will be aiming for a record 11th title in the clay-court event.