Alan Shearer: I would have picked Jonjo Shelvey 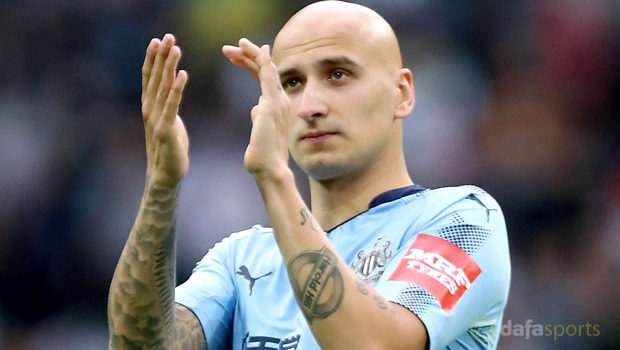 Former England captain Alan Shearer says he would have chosen Newcastle United midfielder Jonjo Shelvey in his squad for the 2018 World Cup in Russia.

Gareth Southgate named his 23-man squad on Wednesday afternoon but, despite calls for Shelvey to be included, the head coach decided on other options for the Three Lions.

Jordan Henderson, who is being tipped to captain his country, Eric Dier, Dele Alli, Jesse Lingard and Ruben Loftus-Cheek are the recognised midfielders in the squad, leaving limited opportunities in that department.

Uncapped Liverpool defender Trent Alexander-Arnold has been included in the 23 while Burnley goalkeeper Nick Pope, also yet to earn a cap for the senior side, has been named.

A five-man standby list has also been announced, with Tom Heaton, James Tarkowski, Lewis Cook, Jake Livermore and Adam Lallana ready to come in if any player gets injured.

Many were surprised not to see Shelvey’s name on that list and Shearer, the all-time Premier League goalscorer, says he would have done things slightly differently if in charge of England.

“If it was me picking the squad, I perhaps would have had Shelvey, just to add something a little different,” he told BBC Radio 5 Live.

“He would bring a calmness on the ball. “He would be someone whose first thought would be a forward pass. But I think it’s pretty much as expected.”

England are 17.00 to win the World Cup for the first time since 1966 while Brazil are the narrow 5.00 favourites, just ahead of defending champions Germany at 5.50.