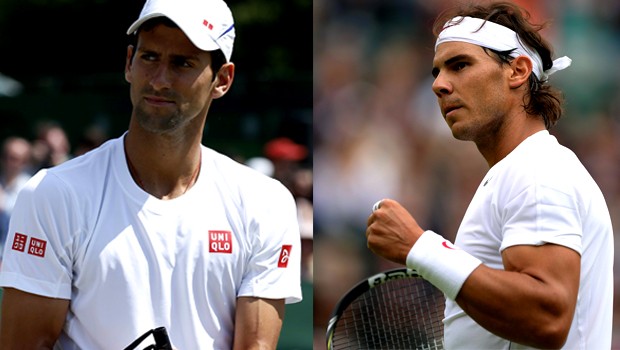 World number one Novak Djokovic and Rafael Nadal both demonstrated their quality to set up a mouthwatering semi-final match at Montreal Masters.

Djokovic secured a comfortable 6-1 6-2 victory over Frenchman Richard Gasquet, while Nadal never looked in danger of slipping up as he was able to dominate proceedings on court against Australian qualifier Marinko Matosevic with a straight sets win 6-4 6-2.

The duo will face off for a 36th time as they continue their preparation for the upcoming US Open, with Nadal boasting the better record of 20 wins to his opponent’s 15.

The Spaniard has taken the last two meetings in Monte Carlo and Rome after Djokovic had started to take the upper hand by winning seven in a row.

The Serbian showed why he sits at the top of the world rankings at the tournament in Canada as he bids to win his third straight title at the event, making it four in total.

Djokovic said: “Everything was working in my game. It was close to the perfection. In every part of my game I did almost my best.

“From the start I tried to dictate the play on the court and be in control of the rallies. I’ve done really well. The serve was very efficient, very high percentage of first serves, a lot of aces, a lot of free points.”

Nadal, who has shown great determination to return to the ATP tour this season after spending some time out through injury, believes he stands a good chance of once again finding a way past the 26-year-old.

Nadal said: “I’m happy with the way that it feels and also with having a chance to play after such a long pause. To be in a semi-final on fast hard court now is amazing for me. I’m enjoying every moment.

“I need to try my best and play my best tennis if I’m to have a chance against Novak. The court is fast and that will favour him, but I’m glad to be in the semi-finals.”