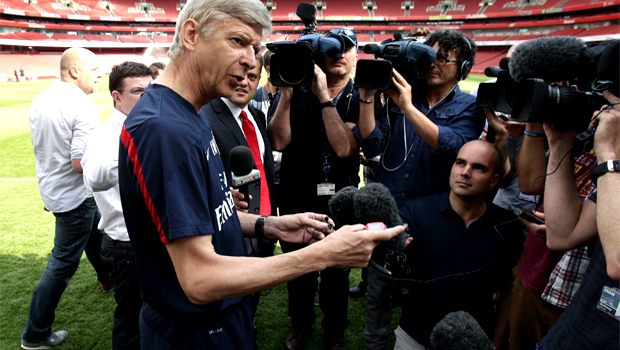 Arsenal are set to face Turkish side Fenerbahce in the play-off round of Champions League, while the tie of round sees PSV Eindhoven take on AC Milan.

The Gunners, having finished fourth in the Premier League last season, will need to beat the Turkish runners-up over two legs to reach the group stage.

Fenerbahce’s participation in the competition remains in doubt, after originally being banned from European competition for two years, only for them to appeal the decision.

Uefa have said no decision has been made yet regarding what would happen in the event of Fenerbahce winning the tie against Arsenal and losing their appeal.

The last time the two teams met was in the 2008-09 Champions League group stages, when the Gunners won 5-2 in Turkey with the return fixture at the Emirates finishing in a goalless draw.

The Dutch outfit have not been in Europe’s top club competition since 2008-09, but will be hoping to pull off an upset against a Milan team who came so close to defeating Barcelona in last year’s tournament.