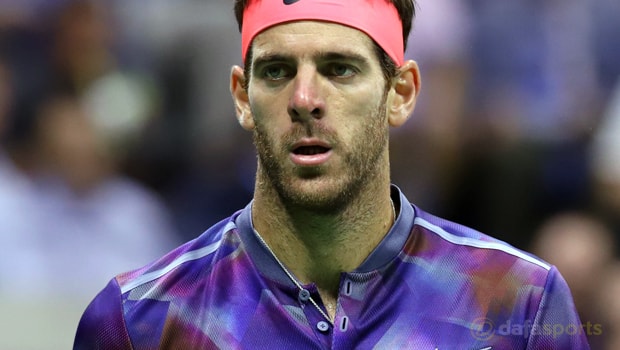 Juan Martin del Potro is expecting a huge test when he takes on fellow former US Open champion Marin Cilic in the quarter-finals of the French Open.

Del Potro secured a spot in the last eight in Paris with a straight sets win over John Isner, while Cilic was pushed much harder before he finally got the better of Fabio Fognini in a five-setter.

However, Del Potro is taking nothing for granted when he takes on Cilic, with the Argentinian saying: “We have played some great matches in the past and I know it is going to be tough.

“I will try to play a similar match, but he has other weapons (than Isner) – he has good shots from the baseline and good shots down the line.”

Del Potro has certainly had the upper hand in previous meetings between the two players, as he holds a 10-2 winning record from their 12 matches played to date.

That record includes victories in each of the last seven meetings between the two players, with Del Potro having claimed victory in all four of his previous clashes with Cilic on clay.

When the two players met at Roland Garros in the round of 32 six years ago, Del Potro ran out a comfortable 6-3 7-6 6-1 winner.

The ‘prize’ for the winner of the showdown between Cilic and Del Potro is a possible semi-final meeting with the seemingly unbeatable Rafael Nadal, who is chasing an astonishing 11th French Open title.

The Spaniard has yet to drop a set in Paris this year and faces Diego Schwartzmann in the last eight.