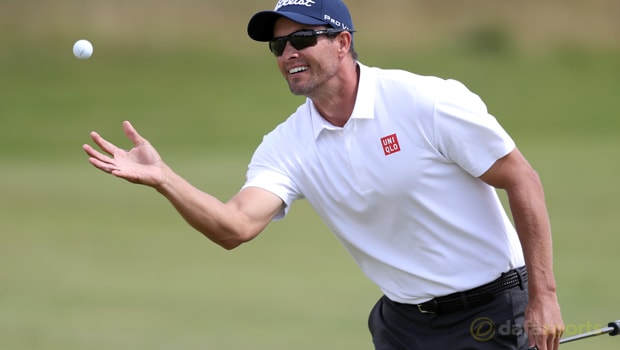 Former Masters champion Adam Scott has set his sights on challenging for victory at the upcoming US Open, having extended his run of consecutive Major appearances to 67.

The Australian was forced to play in a qualifying event in Columbus, Ohio, on Monday and did enough to earn one of the 14 places up for the grabs for the second Major of 2018.

And Scott was pleased with his efforts, but also determined to do even better, having kept his run of consecutive Major starts going – having played in every big tournament since the 2001 Open Championship.

He said after earning a place at Shinnecock Hills: “It is a nice streak to keep going, it’ll be better if I win the US Open. I’m playing all these Majors to try and win them, not just to show up.”

Scott claimed his one and only Major success to date at Augusta in 2013, when he defeated 2009 Masters champion Angel Cabrera in a play-off.

His record at the US Open is his worst at any of the four Majors, with his best finish a tie for fourth place in 2015 at Chambers Bay, when the title was won by Jordan Spieth.

Twelve months ago at Erin Hills he failed to make the cut, shooting rounds of 72 and 75 to miss out on the weekend action by two shots. Home golfer Brooks Koepka was eventually crowned champion, roaring to a four-shot victory to claim his maiden Major success.