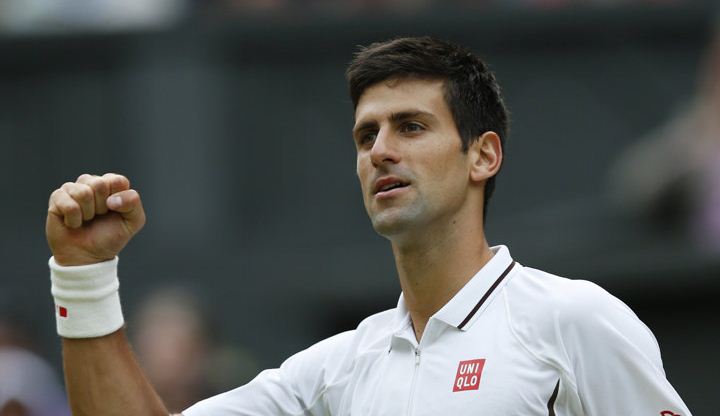 Juan Martin del Potro believes Novak Djokovic has to be the favourite to win Wimbledon this year ahead of their semi-final clash at SW19.

The Argentinean challenger comes into the last four encounter with the world number one with the odds seemingly stacked against him.

The 24-year-old has been struggling with a knee problem for the majority of the championships and a heavy fall early in his quarter-final contest with David Ferrer looked as if it might end his campaign.

While the eighth seed was able to push through the pain barrier to brush aside this year’s French Open finalist in straight sets, concerns remain about his fitness.

The 2009 US Open was put through his paces by medical staff on the practice courts of the All England Club on Thursday and claims he will be fine for the semi-final, despite heavy strapping to his left knee.

“It’s going to be an interesting match and a big challenge. But the good news is my knee is feeling okay and I think it’ll be even better tomorrow,” said Del Potro.

“I’m not even thinking about the knee just now – only the match and how to beat Nollie, nothing else.”

Del Potro had never been beyond the fourth round of Wimbledon until this year but has produced some of his best tennis on the grass courts this time around, cruising through his first five matches without dropping a set.

However, Djokovic appears to be hitting form at just the right time in these championships and the South American admits he will be tough to stop on Friday, claiming he is the favourite to win the third major of the year.

“I haven’t dropped a set yet so I am feeling confident with my serve and my game in general. But this is Nollie we are talking about – he’s No.1 in the world for a reason. There are not many people who can beat him, especially on grass. I think he’s the big favourite for the title,” he added.

Djokovic leads the head-to-head meetings between the two 8-3 but Del Potro hasn’t beaten the Serb on grass before, claiming victory in the bronze medal match at the Olympic Games last year.