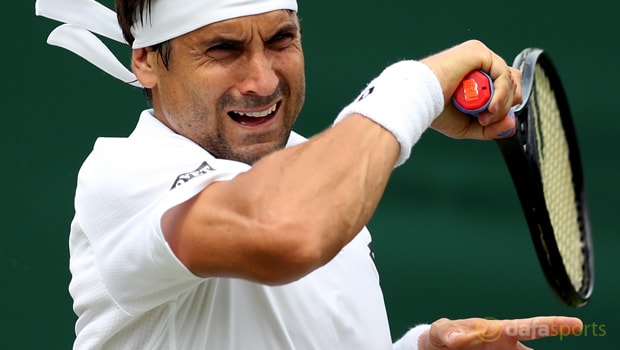 David Ferrer has been confirmed as one of the big names to accept an invitation to the ASB Classic in Auckland and he insists he is excited to battle it out for a fifth title.

Ferrer and co will be looking to get some gametime under their belts in the hope that they can build some momentum ahead of the Australian Open later in the month.

The Spaniard will be attempting to become the first five-time champion in the tournament’s history as he currently sits tied with Australian Roy Emerson on four.

The world number 36 believes he still has one more title triumph in the tank and insists it is a competition that will always hold a special place in his heart.

Ferrer said: “Maybe I have one more title there.

It is always nice for me to come back to Auckland. It has been such a big part of my career.

Somewhere almost like home for me. I have played some of my best tennis there and it will always be very special for me.”

Tournament director Karl Budge admitted it could be the last time they get to see Ferrer at the event and feels the fans will be excited to see him again.

Budge said: “We have been so privileged to have a player like David for such a long time. “His loyalty has been unrivaled and personally, I think he deserves a key to the city.

He is probably the player we are asked about most if he will be returning.

He is loved by fans here and maybe this will be their last time to see someone who is very special for us in Auckland.”

Roger Federer is the favourite to win the first Grand Slam event of 2018 at the Australian Open and can be backed at 3.80, while Rafael Nadal is priced at 4.00 to triumph in Melbourne.