Posted by Daniel Martin on September 7, 2021 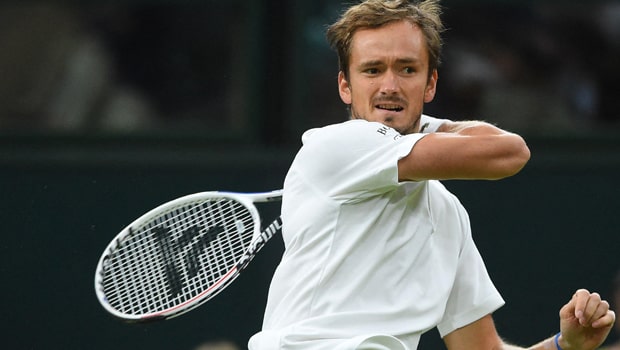 World no.2 Daniil Medvedev continued his dream run going at the US Open as defeated Britain’s Daniel Evans in straight sets by 6-3, 6-4, 6-3 in the fourth round to advance to the quarterfinal. Medvedev has been in top form as he is yet to drop a set in the ongoing US Open.

The Russian had won National Bank Open in Toronto, which was his fourth ATP 1000 Masters title. Subsequently, he made it to the semifinal of the Cincinnati Masters but lost to Andrey Rublev.

Medvedev has a 15-2 record since Wimbledon after he smashed 24 winners against Evans as he completed his victory in one hour and 43 minutes.

The no.2 seed believes he was serving at the top of his game as he won 84% of points on his first serve.

“Today I liked my serve better,” Medvedev said in his on-court interview. “But there was one forehand return that for me was the best shot of the match, so if we take one shot it has to be this one, but if we take the whole match it has to be the serve.”

Meanwhile, Medvedev had made it to the final of the US Open in 2019 but could cross the final hurdle against Rafael Nadal. The 25-year old is hopeful of going one step ahead in the ongoing US Open to clinch his maiden Grand slam title.

“First time when I came back last year [after the Russian’s final defeat to Nadal in 2019] I had some good memories,” Medvedev added. “Now, I just want to make it to the final again to have another one to remember and hopefully a better one.”