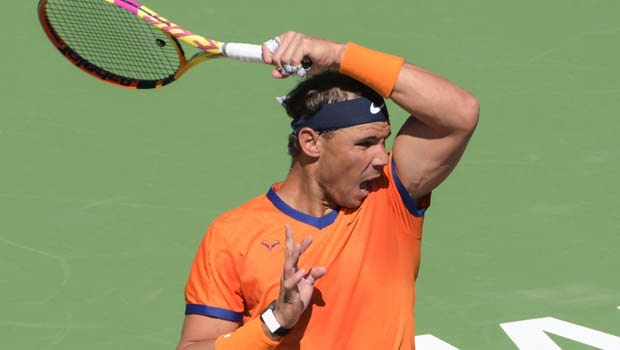 Rafael Nadal has decided to skip the upcoming Miami Masters Open which will be played after the ongoing BNP Paribas Open. Nadal has qualified for the Round of 16 in the Indian Wells as he will face America’s Reilly Opelka. But, the Spaniard has decided to withdraw from the Miami Open as he feels he needs more time to make the transition from hard to clay courts.

Nadal believes if he plays in the Miami Masters Open, then he will not get enough time to make the right transition and it will be dangerous for his foot before the all-important clay season, which always has been his strength.

Nadal has had a dream start to the season as he has a 17-0 record and has already won three titles. The Spaniard had missed the second half of the previous season due to a foot injury, which has troubled him since 2005.

Thus, it is imperative for Nadal to take one step at a time and manage his workload before the all-important clay season.

Speaking after sealing his 400th Masters 1000 victory against Daniel Evans, Nadal said “I didn’t play Miami for the last couple of years. I am almost 36. I played much more than what I expected at the beginning of the season. “For my body, it is not good to have quick transitions from different surfaces. Clay to hard – well, hard to clay.

“If I play Miami, I will not have time to rest and no time to make a swift transition to the clay. “I need to push since the beginning very hard, so that’s dangerous for my foot, for my knees. “I need to make that transition step by step. I cannot make drastic changes like I did in the past, so that’s why I decided to stop after here and to have, like, three weeks before the clay court season start for me.”

Nadal has been clinical form in the ongoing hard court season and he is expected to be on an even a high pedestal in the clay-court season.