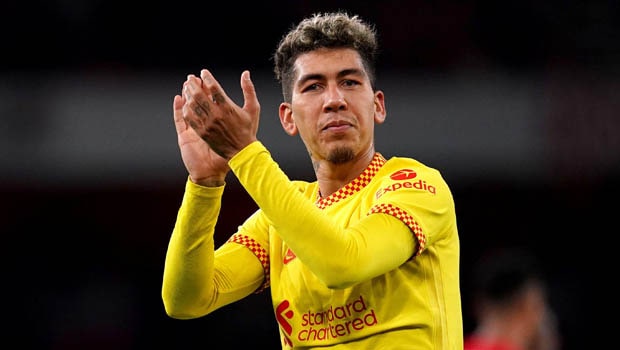 Brazilian forward Roberto Firmino and Portuguese Striker Diego Jota were on the score sheet as Liverpool beat Arsenal 2-0 to move within a point of leaders Manchester City.

The Reds knew there was a chance to reignite the title race when City slipped at the weekend after failing to beat Crystal Palace as Liverpool won at Brighton.

With Arsenal in the hot form before the game at the Emirates Stadium, neutrals expected a classic game between both sides.

Arsenal was impressive in the first half, showing a replica of the performances that have seen them go on a five-game winning streak.

However, the Gunners couldn’t get the quality for the finishing touches, and they were made to pay in the second half when Liverpool went into the lead through the former Wolves forward Diego Jota in the 54th minute of the game.

Firmino made it 2-0 eight minutes later as Arsenal crumbled under pressure. Liverpool manager Jurgen Klopp stated that his team met another top-class team, but is happy to reduce the gap to one point between themselves and Manchester City.

“Two top-class teams met each other, both with a football idea, both trying to be dominant in possession. We’ve obviously had a good period. It’s what we need. We’re one point [behind Man City], but it is still the same. We have to win football matches. We then face City, then all the others. Hopefully, all the players come back fit from international duty. Then we have an early kick-off against Watford. It’s better to be one point behind than 14 points.” Klopp said.

Liverpool is now a single point behind Manchester City, while Arsenal still has two games in hand and retains their top-four place.