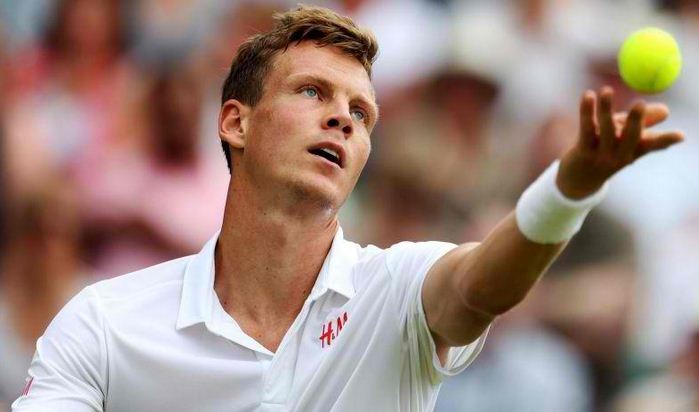 World number six Tomas Berdych has crashed out of Swedish Open at quarter-final stage, after a surprise defeat to Thiemo De Bakker.

The 2010 Wimbledon finalist was widely expected to get to the final of the ATP Tour event in Bastad, going into the tournament as the top seed.

But Berdych, a two-time finalist at the Swedish Open, was second best against a man ranked 104 in the world, as De Bakker claimed a 7-5 7-5 victory on the clay.

The Dutchman has never made the final of an ATP Tour tournament but is now just one match away, with Argentina’s Carlos Berlocq standing in his way.

Berlocq, who is also playing in the men’s doubles, needed three sets to defeat Albert Ramos of Spain – eventually cruising to success in the decider and winning 6-3 3-6 6-0.

In the other semi-final in Sweden, the resurgent Fernando Verdasco will face Grigor Dimitrov after contrasting victories in the last eight.

Verdasco, who took Andy Murray to five sets at Wimbledon, defeated second seed Nicolas Almagro in a three-set thriller, with the left-hander winning 6-4 4-6 7-5.

Both semi finals look tough to call, especially with no head-to-head stats to take into account as both sets of semi-finalists have never faced each other before on the ATP Tour.