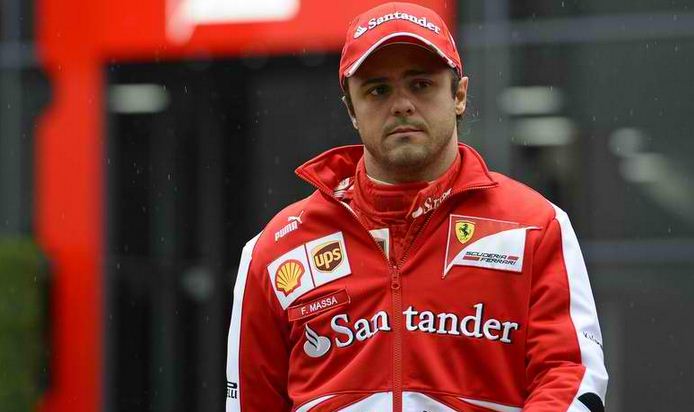 After a poor first half of the season, Ferrari have offered their full backing to under-pressure driver Felipe Massa.

The Brazilian appeared to be set to leave the Italian team last year, after making a disappointing start to the 2012 campaign.

Massa though secured his position with an impressive second half of the campaign, but he has suffered a similar scenario in the first part of 2013.

Nine races in and the 32-year-old is under scrutiny after collecting just one appearance on the podium – a third-place finish in the Spanish Grand Prix in mid-May.

Massa has also crashed his car five times in four weekends, including spinning out of the race in Germany last week after just four laps.

Speculation in the media has been rife that Ferrari are lining up a replacement for the South American – whose last race win came back in his native Brazil in 2008.

Marussia driver Jules Bianchi, Force India’s Paul Di Resta and Nico Hulkenberg of Sauber have all been mentioned as potential replacements, but Ferrari continue to offer their support to Massa.

Di Montezemolo told the Gazzetta dello Sport: “Felipe is fully aware he can count on our total confidence in him.

“I hope he will soon secure the results that will show his talent to the full, such as the great starts he pulled off at the last two grands prix.”

But sitting exactly 100 points behind Championship leader Sebastian Vettel, Massa will be feeling the pressure going into the Hungarian Grand Prix in two weeks time.

His record at the Hungaroring does not suggest a change of fortunes, with Massa never managing a podium finish in Hungary – his best showing was fourth in 2010.