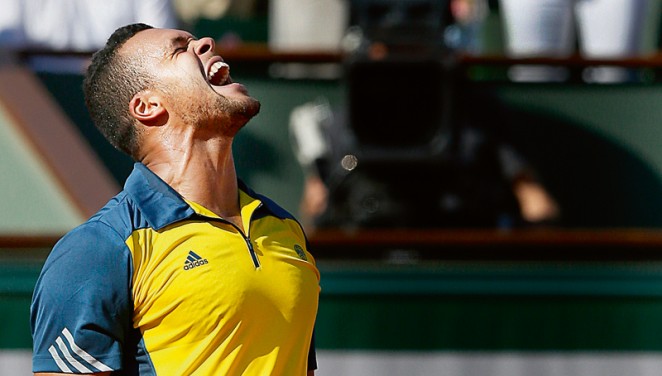 Jo-Wilfried Tsonga’s coach believes his charge is mentally strong enough to carry the hopes a nation when he steps out in his French Open semi-final against David Ferrer on Friday.

The 28-year-old booked his place in the last four with a magnificent 7-5 6-3 6-3 victory over Roger Federer to send the home crowd into rapture as he searches to become the first Frenchman to win at Roland Garros since Yannick Noah exactly 30 years ago.

Lifting the Coupe des Mousquetaires certainly won’t be easy for him though, as first he will have to battle past one of the game’s most resilient players in Ferrer before meeting either Novak Djokovic or Rafael Nadal in Sunday’s final.

Ever since Noah’s win in 1983 the passionate French crowd have been praying for a new star to emerge and after failing to capitalise on a number of opportunities early on his career, it looked as if Tsonga may be the latest to fall short.

However, following his decision to link up with coach Roger Rasheed last October, the world number six has improved and the Australian feels Tsonga’s new, relaxed attitude means he is now ready for Grand Slam glory.

“I don’t think he’s mentally spent. He’s had straight-sets wins all through to the semi-finals, so has David Ferrer,” Rasheed told Sport360°.

“So mentally he hasn’t had that massive five sets for four-and-a-half hours that has taken him out.

“I think he feels pressure, which is natural. But he’s actually a lot more relaxed than he was before the tournament so I think now it’s automatic pilot a little bit and as I said to him, ‘you’ve got to ride the wave’”.